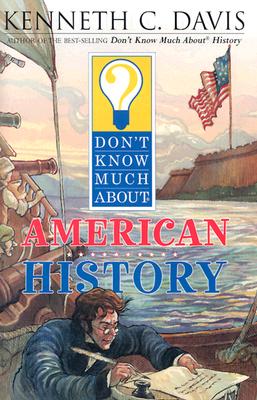 Who was left standing at Custer's Last Stand?

It's true that in 1492 Columbus sailed the ocean blue. But he didn't discover the New World. In fact, the new world we now call America wasn't very new at all. People had been coming to this land for thousands of years. And they haven't stopped yet.

But most of us never learned the real story of America's past. And that's a shame. As best-selling author Kenneth C. Davis knows, history can be fun, fascinating, and memorable. When his don't know much about® history was published in 1990, it was a sensation. The book delivered a fresh new take on history with its wit, humor, and great stories.

Davis now does for young people what his earlier book did for adults. In his trademark question-and-answer style peppered with fun facts and humorous illustrations, Davis proves that history is never boring. He introduces our ancestors who settled the East and expanded the West, as well as those who had been living here all along. Davis brings the drama and excitement of America's past and present vividly to life.