The Dying Game: A Novel (Paperback) 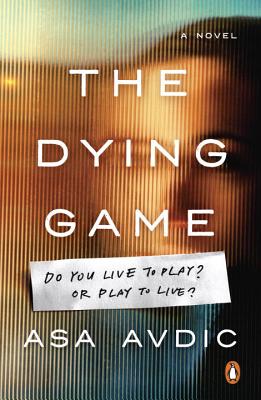 By Asa Avdic
Email or call for price
Special Order is possible. Currently unavailable or possibly out of stock indefinitely. Please contact us before ordering.

A closed-room mystery that takes place in the nar future.  Fun, creepy, and well written (and translated).

Do you live to play? Or play to live?

The year is 2037. The Soviet Union never fell, and much of Europe has been consolidated under the totalitarian Union of Friendship. On the tiny island of Isola, seven people have been selected to compete in a forty-eight-hour test for a top-secret intelligence position. One of them is Anna Francis, a workaholic bureaucrat with a nine-year-old daughter she rarely sees and a secret that haunts her. Her assignment: to stage her own death and then to observe, from her hiding place inside the walls of the house, how the six other candidates react to the news that a murderer is among them. Who will take control? Who will crack under pressure? But then a storm rolls in, the power goes out, and the real game begins. . . .

Combining suspense, unexpected twists, psychological gamesmanship, and a sinister dystopian future, The Dying Game conjures a world in which one woman is forced to ask, “Can I save my life by staging my death?”

Asa Avdic is a journalist who for years was a presenter for Swedish Public Service Radio and Television and is currently a host of Sweden’s biggest morning current events program. She lives with her family in Stockholm, Sweden. The Dying Game is her first novel.

“A high-stakes test of survival and betrayal . . . Agatha Christie’s And Then There Were None crossed-pollinated with ‘The Most Dangerous Game’ . . . An unsettling portrait of our possible future.” —Kirkus Reviews

“An Orwellian debut novel that never lets up . . . A heady mix of And Then There Were None and The Hunger Games [and] a supremely competitive struggle for survival.” —Booklist

“With a scary dystopia core and a foreboding that lurks on every page, this is terrifying stuff.” —Heat

“Resembling Agatha Christie at her zaniest, this fascinating, ever-changing scenario is deftly and grippingly handled.” —The Sunday Times (London)