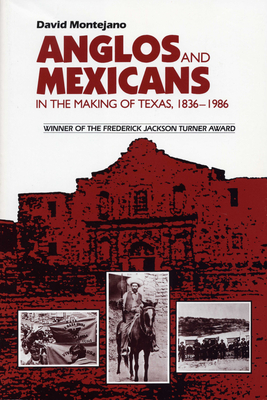 By David Montejano
$24.95
Not available

A major work on the history of Mexicans in Texas and the relations between Mexicans and Anglos.

David Montejano, a native San Antonian, is Professor of Ethnic Studies at the University of California, Berkeley. His fields of specialization include community studies, historical and political sociology, and race and ethnic relations. He is the author of the award-winning Anglos and Mexicans in the Making of Texas, 1836–1986 and the editor of Chicano Politics and Society in the Late Twentieth Century.

"The success of this award-winning book is in its honesty, scholarly objectivity, and daring, in the sense that it debunks the old Texas nationalism that sought to create anti-Mexican attitudes both in Texas and the Greater Southwest."
— Colonial Latin American Historical Review

"...an outstanding contribution to U.S. Southwest studies, Chicano history, and race relations.... Montejano's general model will certainly provide useful approaches to the study of other regions and race relations settings. This is a seminal book that should be required reading for both specialists and general readers interested in the themes analyzed so aptly by David Montejano."
— Hispanic American Historical Review