Into That Darkness: An Examination of Conscience (Paperback) 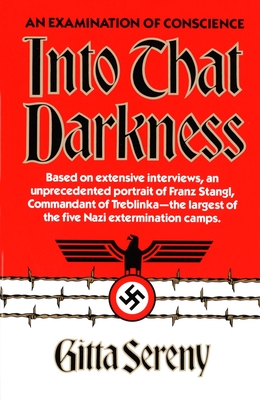 Based on 70 hours of interviews with Franz Stangl, commandant of Treblinka (the largest of the five Nazi extermination camps), this book bares the soul of a man who continually found ways to rationalize his role in Hitler's final solution.

Gitta Sereny was one of Europe's foremost journalists with a special interest and expertise in the Third Reich. She has written extensively for London's Daily Telegraph magazine, Sunday Times, and The independent, as well as for Die Zeit and Le Nouvel Observateur. In America, she has written for  The New York Times Magazine, The New York Review of Books, and  Vanity Fair. Her books include Into Darkness: An Examination of Conscience, The Invisible Children, and Albert Speer: His Battle with Truth. She had two children and two grandchildren and lived with her husband, the photographer Don Honeyman, in London. She died June 14, 2012.