Camp-Fires of the Everglades: Or Wild Sports in the South (Florida Sand Dollar Book) (Paperback) 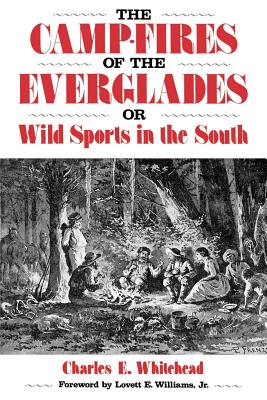 "Whitehead, a wealthy New York attorney and avid sportsman, recounts an 1830s hunting expedition to Florida in this captivating reissue of a volume originally published in 1860. Whitehead recounts bear and turkey hunts, a panther that is caught in a pig pen, an Indian attack on a lighthouse, and various encounters with Florida pioneers. A vivid and, according to biologist Lovett Williams who provides the introduction, largely accurate depiction of a long-vanished Florida. "--Tampa Tribune-Times

Brought to the attention of UPF by the late Archie Carr, this sportsman's memoir of the Florida peninsula in the nineteenth century is a series of charming tales about hunting expeditions along the cracker frontier.
The Florida peninsula in the 1830s was covered by flatwoods, swamps of giant cypress, and hammocks of cabbage palm and live oak trees. The land teemed with panther, black bear, wild hogs, and white ibis. Writing with clarity and elegance, Whitehead weaves his descriptions of this landscape into an old-fashioned, hair-raising adventure story. One strand relates the affairs of an extended hunting expedition; the other stand consists of the anecdotes told by the main characters around the campfires in the evenings. The hunting and fishing practices of natives in the area, principally Seminoles, and a few rugged pioneers enhance the historical detail.