The Mystery of the Ancient Stone City (Paperback) 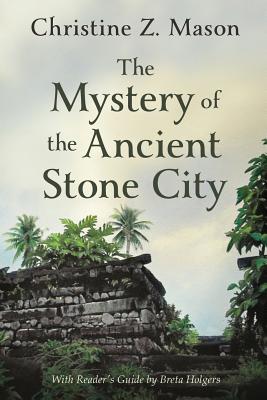 An ancient mystery, an astounding discovery, a medicine man with magical powers--a girl, her brother, and an intriguing island boy on a perilous trek through the jungle . . . The Mystery of the Ancient Stone City

Thirteen-year-old Sidney Jacobsen thought that when she flew to a remote Pacific island to live with her family for a year, she would be living in a beautiful native-style home in a tropical paradise. She also wanted to solve one of the greatest mysteries of all time--who built the ancient, enormous stone city of Nan Madol on the island, over a thousand years ago? Giants? Powerful creatures from another planet?

To her dismay, when Sid, her father, and her eleven-year-old brother Peter arrive on Pohnpei, they find that the conditions are more horrifying than they'd ever imagined, and that Nan Madol is off-limits to outsiders. Frightening intruders are sent by the Nanmarki, the King of Nan Madol, to scare Peter and Sid away from the mysterious ruins of the stone city. Then fourteen-year-old islander Jabro takes them on a boat trip that turns into a struggle for survival in the jungle. When they enter the forbidden and sacred burial ground in the stone city, they make a thrilling discovery. Challenged by physical threats as well as their own doubts and fears, the three adventurers must now find a way to return to their island home, while mustering the courage to keep secret the amazing discoveries they have made at Nan Madol.