Inside the South African Reserve Bank: Its Origins and Secrets Exposed (Paperback) 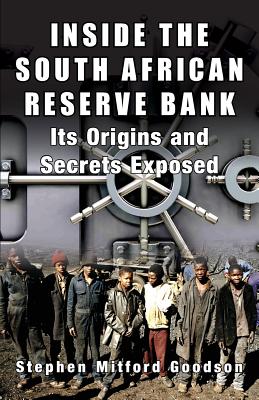 Stephen Mitford Goodson's Inside the South African Reserve Bank Its Origins and Secrets Exposed sweeps aside the usual dust of economic theory to provide a thoroughly engaging account on the origins and purposes of the Republic's central banking institution. Goodson does so as an "outsider" on the "inside," a proponent of banking reform who became a non-executive director of the SA Reserve Bank. What Goodson found was ineptitude, corruption, careerism, ignorance and scandal. When Goodson became too troublesome for the status quo, he was removed, smeared, and attempts were made to legally silence him. Here Goodson not only gives an account of his time within the SA Reserve Bank, but places the bank within its historical context, having been established as part of a world-wide agenda orchestrated by Montagu Norman, governor of the Bank of England, to create "central banks" throughout the world as part of a global financial system controlled by international financiers. Those who figured prominently in imposing this fraudulent financial system on South Africa were Jan Smuts, and his friend and adviser Henry Strakosch, whose closeness to Winston Churchill is also shown to be of world historical significance. The only voices raised in opposition to this deceptively-named "central banking" were from the Labour Party. Those voices have long gone from anything still calling itself "Labour," in South Africa as elsewhere. However, there were alternatives, such as the use of state banking in Canada, Australia, New Zealand, Germany, Japan and Italy, and the enduring example of North Dakota. Goodson examines each of these. Moreover, he provides a series of appendices on draft legislation for exactly how a sound banking system could be implemented, creating for the first time genuine sovereignty, prosperity and justice.