All for Liberty (Paperback) 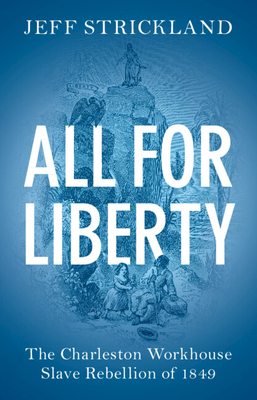 Jeff Strickland tells the powerful story of Nicholas Kelly, the enslaved craftsman who led the Charleston Workhouse Slave Rebellion, the largest slave revolt in the history of the antebellum American South. With two accomplices, some sledgehammers, and pickaxes, Nicholas risked his life and helped thirty-six fellow enslaved people escape the workhouse where they had been sent by their enslavers to be tortured. While Nat Turner, Gabriel Prosser, and Denmark Vesey remain the most recognizable rebels, the pivotal role of Nicholas Kelly is often forgotten. All for Liberty centers his rebellion as a decisive moment leading up to the secession of South Carolina from the United States in 1861. This compelling micro-history navigates between Nicholas's story and the Age of Atlantic Revolutions, while also considering the parallels between race and incarceration in the nineteenth century and in modern America. Never before has the story of Nicholas Kelly been so eloquently told.