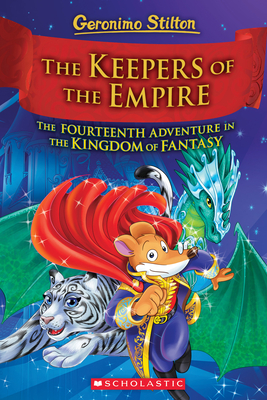 Fairies, dragons, wizards, and more await Geronimo on every magical Kingdom of Fantasy adventure!Geronimo’s fourteenth adventure in the Kingdom of Fantasy!I, Geronimo Stilton, was once again called to the Kingdom of fantasy!Blossom had been crowned Empress and harmony was restored to the land. But a dark shadow looms and threatens the empire! Blossom asked me to join her team and fight to keep the darkness from spreading. I am just a ‘fraidy mouse, but I couldn’t let my friend down. We joined forces with an unlikely bunch and set out on our mission. Can we outrun the shadow and bring peace to the Empire?