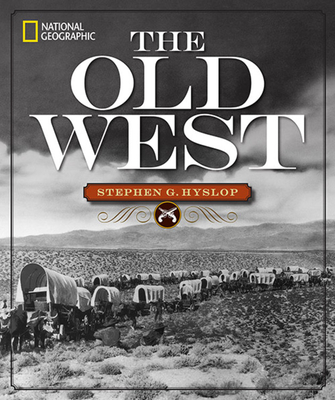 This definitive history of the American West is full of legendary tales of tragedy and triumph, from Lewis and Clark's epic 1803 expedition to the showmanship of Buffalo Bill. Lavishly illustrated with vivid photographs and intricate maps, the book is brimming with outlaws, miners, cowboys, Indians, railroad barons, and more. The characters of the Old West come alive in these dazzling pages, capturing the imagination and inspiring exploration. Travel with fur traders and trappers through the Pacific northwest; read accounts of brave pioneers heading west along the Oregon Trail; see 19th century technology progress as the golden spike connects the East and West coasts; and watch the rise and myth-building of the American cowboy unfold.   Exciting, dramatic, and entertaining, this unforgettable book honors the colorful history of our nation's past.

Stephen G. Hyslop, author, has written several books on American history, including National Geographic's Eyewitness to the Civil War and Atlas of the Civil War. A former writer and editor at Time-Life Books, he contributed to many volumes on the Second World War, including Great Photographs of World War II, Lightning War, and Barbarossa. His articles have appeared in American History, World War II, and the History Channel Magazine.