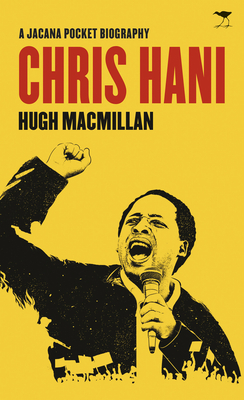 By Hugh Macmillan
$15.35
Not available

The assassination of Chris Hani outside his home in Dawn Park on 10 April 1993 by a right-wing extremist was a decisive moment in the transition to democracy in South Africa. Drawing on personal knowledge of the ANC in exile in Lusaka, as well as archives and interviews, Hugh Macmillan shows in this book how it was that a man from a remote corner of the Transkei, who had never held high office, was held in such high esteem by so many people. He demonstrates how Hani’s conspicuous displays of both physical and moral courage, taken together with compassion and humanity, combined to make him a great leader.

Hugh Macmillan is a historian who has taught at universities in Swaziland, Zambia and South Africa. He is currently a research associate at the African Studies Centre, Oxford University and an extraordinary researcher at the University of the Western Cape. He has published widely on a variety of southern African topics, including the history of the ANC. His books include The Lusaka Years: The ANC in Exile (Jacana, 2013) and An African Trading Empire (IB Tauris, 2005).