Thirty Years in the Arctic Regions: The Narrative of a Polar Explorer (Explorers Club) (Paperback) 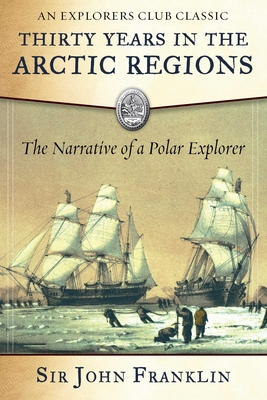 By Sir John Franklin, David Welky (Foreword by)
Email or call for price
Special Order is possible. Currently unavailable or possibly out of stock indefinitely. Please contact us before ordering.

In an age when polar exploration was akin to space exploration today, Sir John Franklin's journeys of discovery captured the popular imagination. Originally published in 1859, Thirty Years in the Arctic Regions is Franklin's own record of his two overland expeditions, begun in 1816 and 1825, which took him to what is now the Northwest Territory of Canada.But it was Franklin's final expedition, to discover the sea route connecting the northern Atlantic and Pacific oceans, that cemented his place in the history of Arctic exploration. Franklin and his crew set out in two ships, the Erebus and the Terror. Their search for the Northwest Passage was doomed, and the fate of Franklin and his 129-man crew remained a mystery for many years, despite the fact that more than thirty missions were sent to look for survivors or remains. The bodies of several of its members were eventually found. By 2016, both ships had been discovered, bringing an end to a 168-year-old Arctic mystery.This book includes Franklin's record of the hardship and suffering his men endured from his earlier expeditions, during which he and his crew charted 1,700 miles of Artic coastline. Also, it includes Franklin's detailed descriptions of a region that in the 19th century must have seemed as alien as a lunar landscape. The book's final entries include a letter from Franklin dated July 12, 1845—the last communication from the expedition received in England—and letters sent by the leaders of subsequent search expeditions. Thirty Years in the Arctic Regions describes an era when British exploration of the Far North was at its peak, in the words of one its most prominent and ill-fated explorers.

Rear-Admiral Sir John Franklin was an English Royal Navy officer and explorer of the Arctic. Franklin also served as Lieutenant-Governor of Van Diemen's Land from 1837 to 1843.

David Welky is the author of The Thousand-Year Flood: The Ohio-Mississippi Disaster of 1937, The Moguls and the Dictators: Hollywood and the Coming of World War II, and other books. He is a professor of history at the University of Central Arkansas. He lives in Conway, Arkansas.

"A captivating primary source that stirs the readers sense of adventure and imagination, Thirty Years in the Arctic Regions is highly recommended for public and college library collections." --Midwest Book Review

"A captivating primary source that stirs the readers sense of adventure and imagination, Thirty Years in the Arctic Regions is highly recommended for public and college library collections." --Midwest Book Review