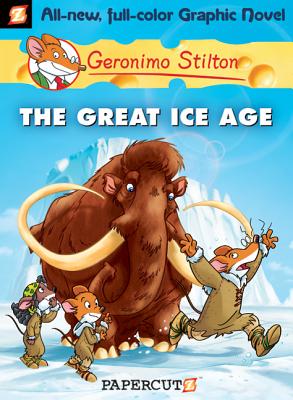 This is book number 5 in the Geronimo Stilton Graphic Novels series.

When Geronimo's nemeses the Pirate Cats try to travel to through time to the year 1889, they accidentally end up in 37993 BC! When the cats meet their Neanderthal ancestors, they hear the legend of a Giant Wooly Mammoth and come up with a plan to capture it and bring it back to the present, making them famous for all time. Geronimo must travel to the Ice Age to stop the cats from changing history forever!