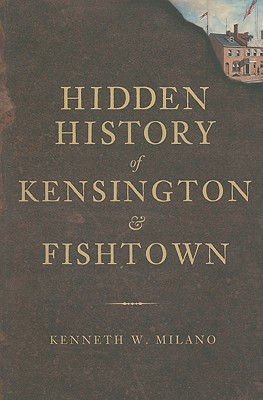 Visit the alleys of Philadelphia's Kensington and Fishtown neighborhoods for stories from the Speakeasy War and more.

The docks and alleys of Philadelphia's riverward neighborhoods teem with forgotten stories and strange histories. In the overlooked corners of Kensington and Fishtown are the launching of the Industrial Revolution, the bizarre double suicide of the Rusk twins and the violent Cramp Shipyard strike. With a collection of his "The Rest Is History" columns from the Fishtown Star, local historian Kenneth Milano chronicles little-known tales from the Speakeasy War of 1890 to stories of seldom-recognized hometown hero Eddie Stanky, who went on to play for the 1951 New York Giants. Join Milano as he journeys into the secret history of two of the city's oldest neighborhoods.