It's Just a Plant: A Children's Story about Marijuana (Hardcover) 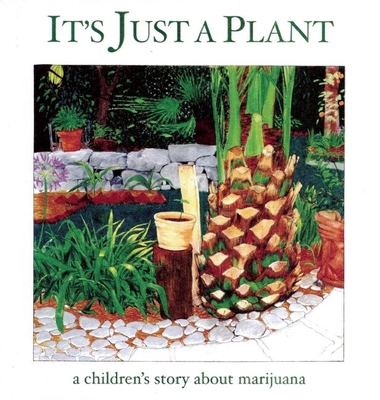 A delightful book . . . a glimpse of what enlightened drug education could be.--Andrew Weil, MD Funny . . . offbeat . . . a riot, with a series of characters explaining the glory of cannabis to a young girl and her mother.--New York Post (3.5 out of 4 stars) It's Just a Plant is an illustrated children's book about marijuana. It follows the journey of a young girl as she learns about the plant from a diverse cast of characters including her parents, a local farmer, a doctor, and a police officer. Marijuana can be hard to talk about. Many parents have tried it, millions still use it, and most feel awkward about disclosing such histories (many duck the question), for fear that telling kids the truth might encourage them to experiment too. Meanwhile, the drug facts children learn in school can be more frightening than educational, blaming pot for everything from teenage pregnancy to terrorism. A child's first awareness of drugs should come from a better source. It's Just a Plant is a book for parents who want to discuss the complexities of pot in a thoughtful, fact-oriented manner. NOTE: THIS BOOK DOES NOT ADVOCATE DRUG/MARIJUANA USE.