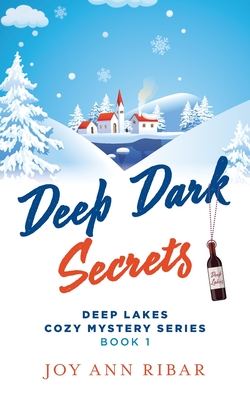 You're invited to visit Deep Lakes, Wisconsin and meet a new friend, Francine "Frankie" Champagne. The 40-something owner of Bubble and Bake-bakery by day, wine lounge by night-Frankie is a spitfire pastry maker, vintner, and budding journalist.

Frankie finds herself on the perimeter of a suspicious death that upends the peaceful winter slumber in Deep Lakes when the local pastor is found dead inside his fishing shanty on Lake Loki. Frankie sticks her curious nose into the investigation, despite warnings from the local sheriff to leave it alone. But she has something to prove, maybe to the newspaper editor who wouldn't hire her as a reporter, maybe to herself as she searches for fulfillment. Regardless, her fierce independence won't allow her to back down. Follow Frankie as she stumbles upon one discovery after another, trails potential suspects, and solves the case