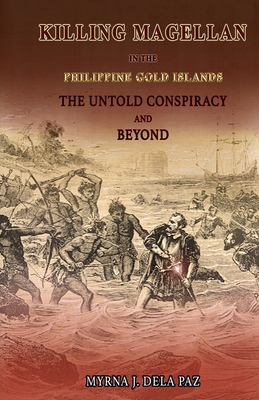 The book also reveals Magellan's secret personal agenda behind his daring, death-defying voyage on a westward route bound for the Moluccas (Spice Islands) in Southeast Asia. Upon reaching the pre-Philippine islands, this hidden motive drove Magellan to initiate a game of deception that the natives on their part were compelled to play in defense of their homeland.

Along with the uncovering of the native conspiracy, and Magellan's hidden agenda, my investigation brought up the noteworthy but disregarded participation of Henrich, Magellan's slave. Henrich's importance and value was connected to Magellan's secret but compelling reasons for taking a voyage no one before him had ever dared to take. When the voyage reached the pre-Philippines, Magellan used Henrich as his interpreter. Henrich spoke Vijaya/Vizzaya, a language widely spoken in the Vijaya culture region that includes the Vizzaya islands and Mindanao. Coming back to his homeland might have been the realization of Henrich's dream, but this event took on a much broader significance which Henrich, himself, may never even have realized. Henrich had achieved a world record. Henrich's homecoming to the pre-Philippines inadvertently made him the first man to circumnavigate the world.