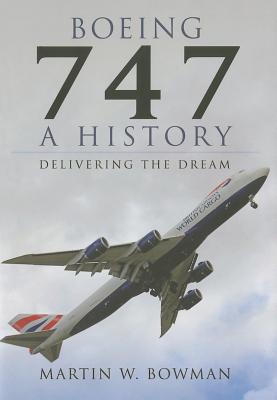 There is perhaps no other commercial airliner as iconic as the Boeing 747. A presence in our skies for over forty years, it has transported hundreds of thousands of passengers across the world. From its introduction with Pan American Airlines in 1970, it has persevered as one of the forerunners of commercial flight. Often labeled the 'Queen of the Skies', this is an aircraft revered by passengers and aircrew alike. The first wide-body airliner ever produced, it has set new standards in air travel and opened up the air routes of the world to vast numbers of people who might otherwise have been unable to afford international air travel. The book focusses not only on the iconic 747, but also its many variants, including the YAL-1A, which Boeing developed for the US Air Force, and the Evergreen 747 Supertanker, a 747-200, modified as an aerial application for firefighting. Across its types, the 747 carries around half the world's air freight. Accordingly, freight variants feature here too, including the 747-8. The sheer size of the workload carried out by this craft is astounding. From the glamorous 1970s, an era of rapid expansion which saw an unprecedented boom in the tourist trade, to the various environmental and economical imperatives that impact upon modern flight, this work shows how the Boeing 747 has been developed in accordance with the changing demands of the ages. Bowman records the history of this celebrated craft in style, presenting an exciting and comprehensive account that is sure to appeal broadly.