Little Book of United States Presidents: In Their Own Words-A Collection of Inspirational and Thought-Provoking Quotes from Every Us President (Hardcover) 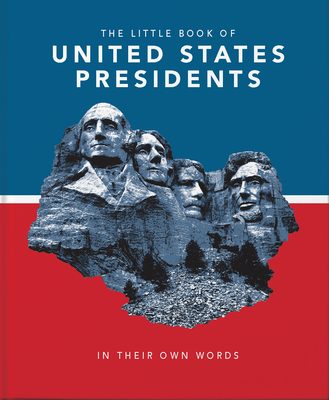 This is book number 8 in the Little Book Of... series.

The Little Book of U.S. Presidents is a beautifully presented collection of inspirational and thought-provoking quotes from every US President, each of which offers the opportunity to learn from this remarkable collection of leaders.

The Little Book of U.S. Presidents is a fascinating collection of over 170 quotes from each person who has held the office, from George Washington to Donald Trump. Sometimes referred to as the Leader of the Free World, the President is elected to lead the United States in times of peace, struggle and in the face of war. The breadth and depth of the responsibility that comes with leading the executive branch offers each President the opportunity to let their thoughts be known and to influence the lives of the people.