The Little Book of the Art of War: Strategies to Live by: Over 170 Quotes Drawn Straight from the Ancient Treatise by China's Most Famous Warrior and (Hardcover) 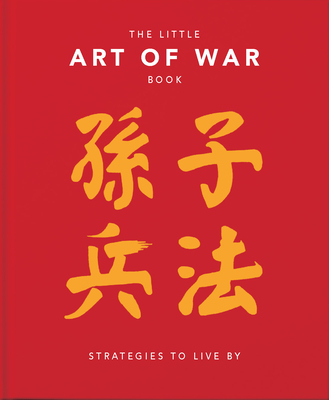 This is book number 3 in the Little Book Of... series.

Conflict is an inevitable part of life, knowing how to deal with it is key.

Looking for a flash of inspiration to solve a tricky problem? Want some tried and tested tactics to help you gain the upper hand in a sticky situation? You need The Little Book of the Art of War, a collection of over 170 quotes drawn straight from the ancient treatise by China's most famous warrior and philosopher, Sun Tzu.

Written 2,500 years ago, the Art of War has not only influenced the greatest military leaders throughout history, but studied by modern-day politicians, business consultants, football coaches and video gamers, too.

'To fight and conquer in all your battles is not supreme excellence; supreme excellence consists in breaking the enemy's resistance without fighting.' 'The best thing of all is to take the enemy's country whole and intact; to shatter and destroy it is not so good.' 'In the wise leader's plans, considerations of advantage and of disadvantage will be blended together.' 'No ruler should put troops into the field merely to gratify his own spleen; no general should fight a battle simply out of pique.'